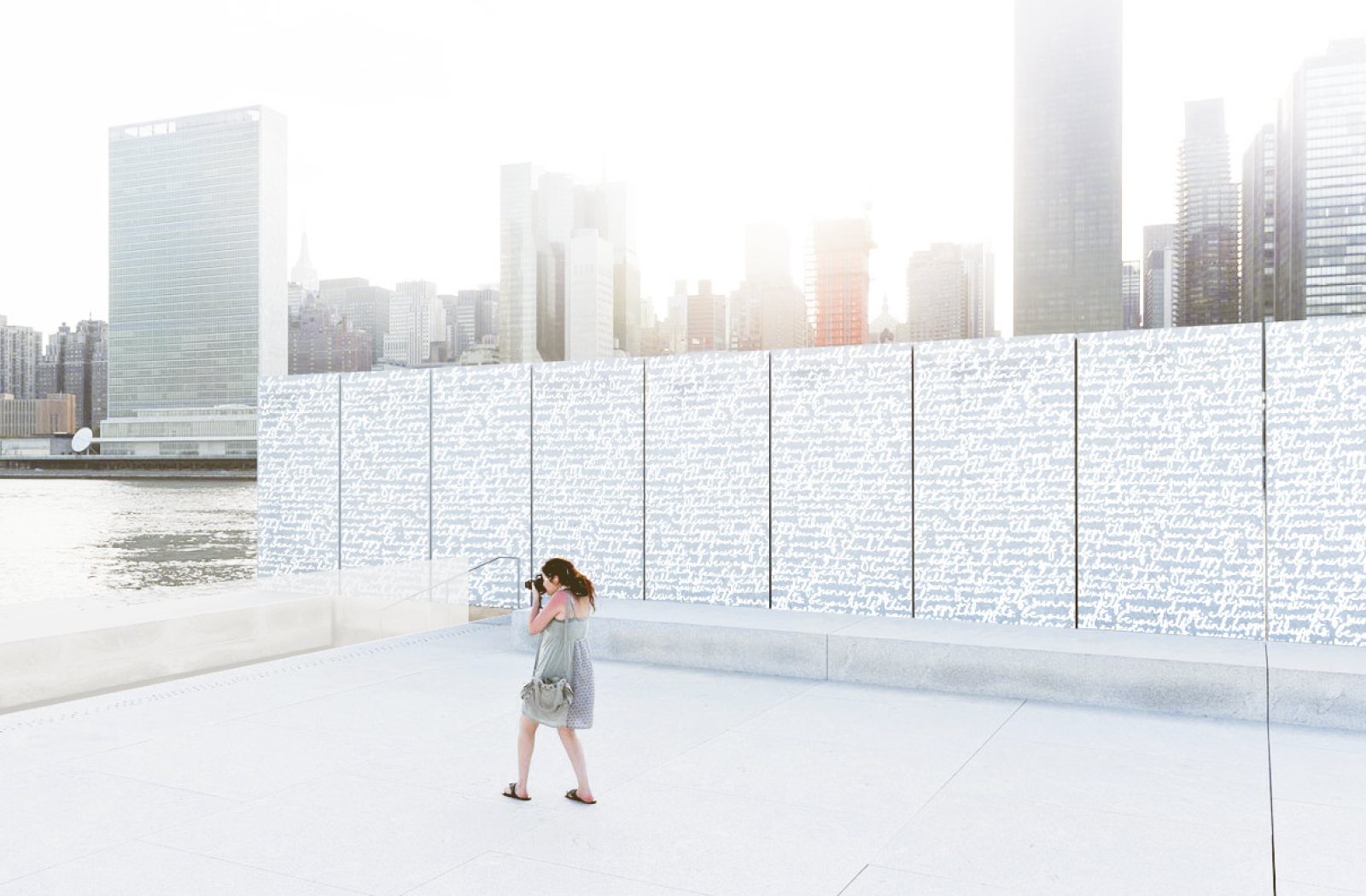 This installation would included a series of public programs designed to elevate the discourse around the contemporary context of Four Freedom Park (FFP).   The proposal consists of four project phases designed to engage the general public, accentuate architectural character, share historic narratives, and highlight the significance of Four Freedom Park and surrounding Roosevelt Island context.

The foundation for this proposal is based on a public invitation to encourage open conversation about the significance of freedom. This invitation inspired the working title We Shape What’s Free which was conceived to highlight the importance of broad public perspectives with regards to thoughts and ideas about freedom.