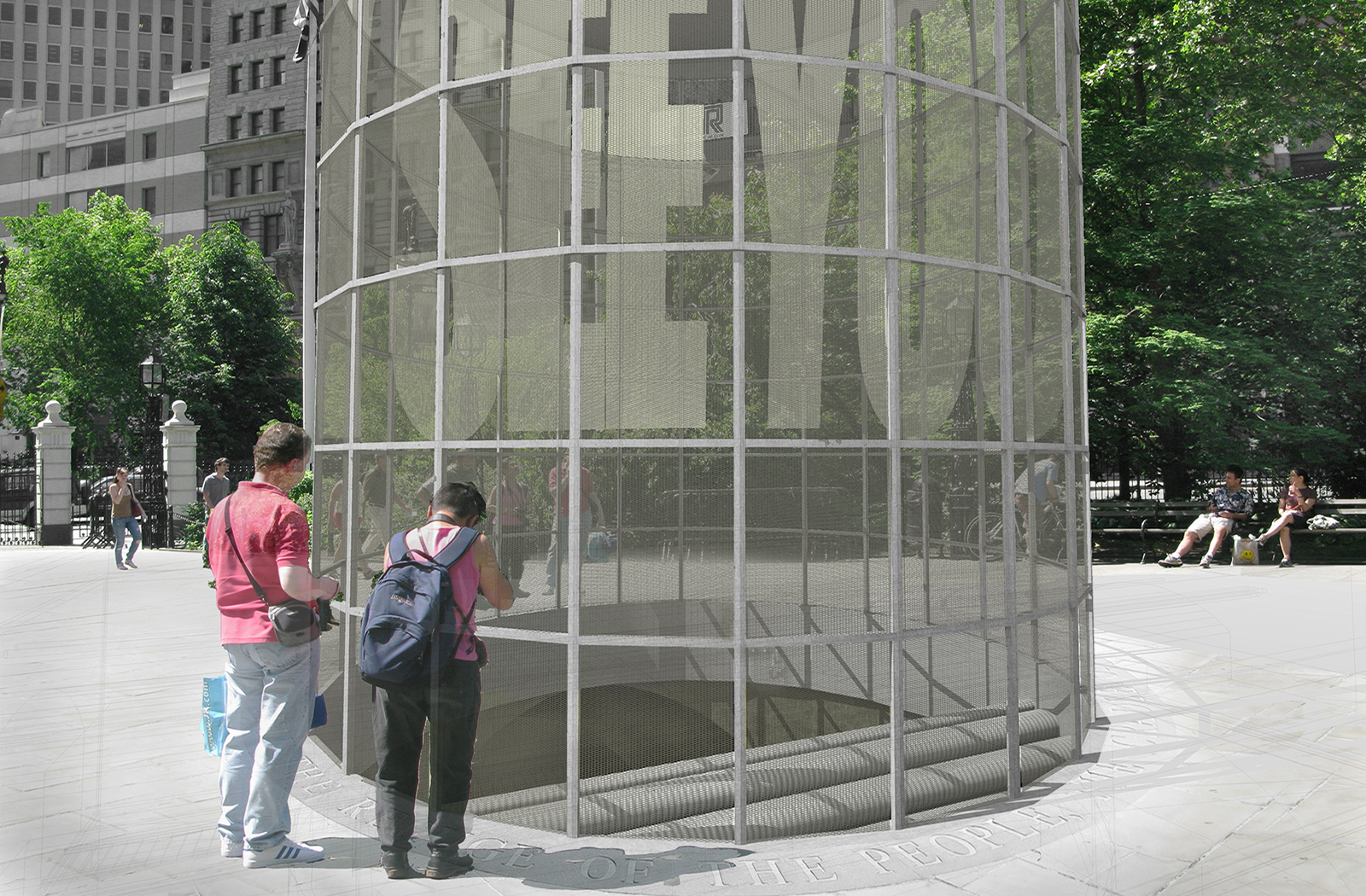 Under-Exposed is a conceptual proposal for six site-specific interventions, each designed to expose Manhattan’s abandoned subway stations, in New York NY.  This network of interventions would be integrated into the existing urban landscape to selectively expose portions of the city’s previously buried history, systems, infrastructure – to re-define the way people experience the urban landscape.

…but  and In the aftermath of that afternoon I developed a fear of sidewalk grates. I avoided stepping on all sidewalk grates until I was about 11 years old. But, in that time I realized that I wasn’t actually afraid of falling onto a grate, but I was actually worried I might fall through into an under-exposed world beneath the streets — as I slowly learned to recognize that sidewalks grates were not objects to fear but barriers that separated us from a living, breathing, functional subsurface city that was embedded into the New York City underground.”

Under-Exposed continues to serve as the conceptual model which has inspired all work over the past decade and dialogue about its realization with the New York City Metropolitan Transportation Authority (MTA) and New York City Department of Transportation (DOT) remains ongoing. 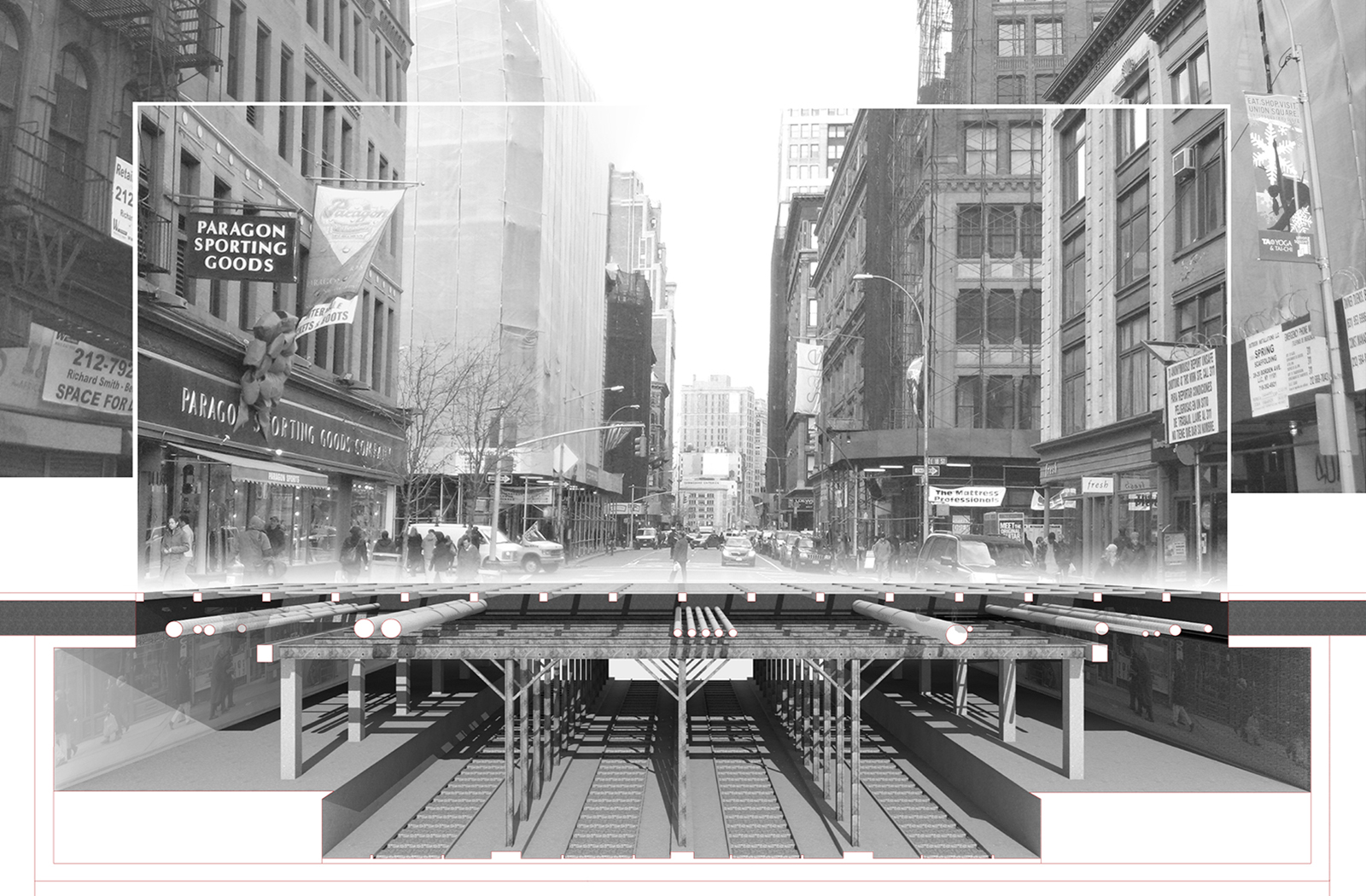 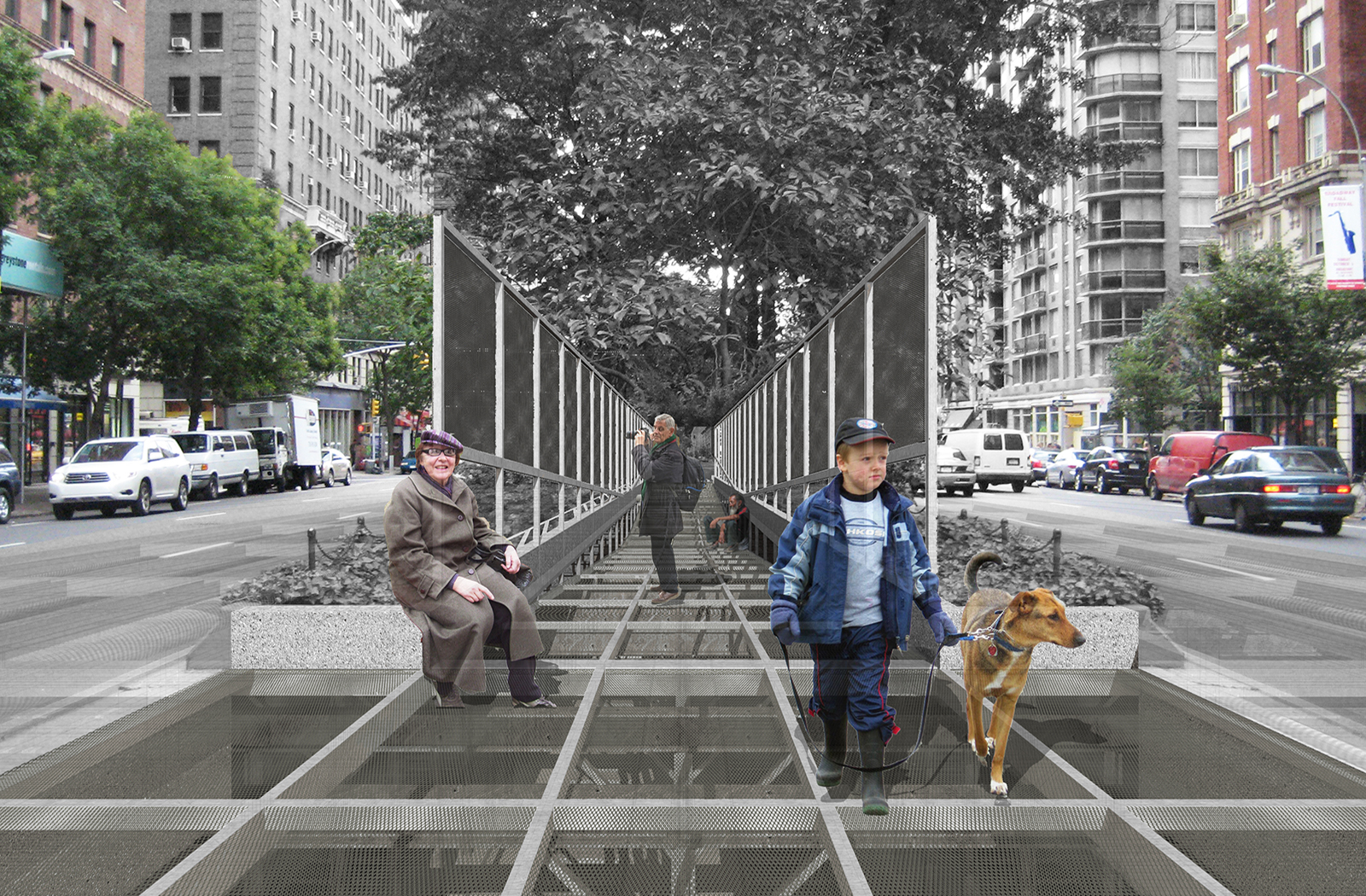 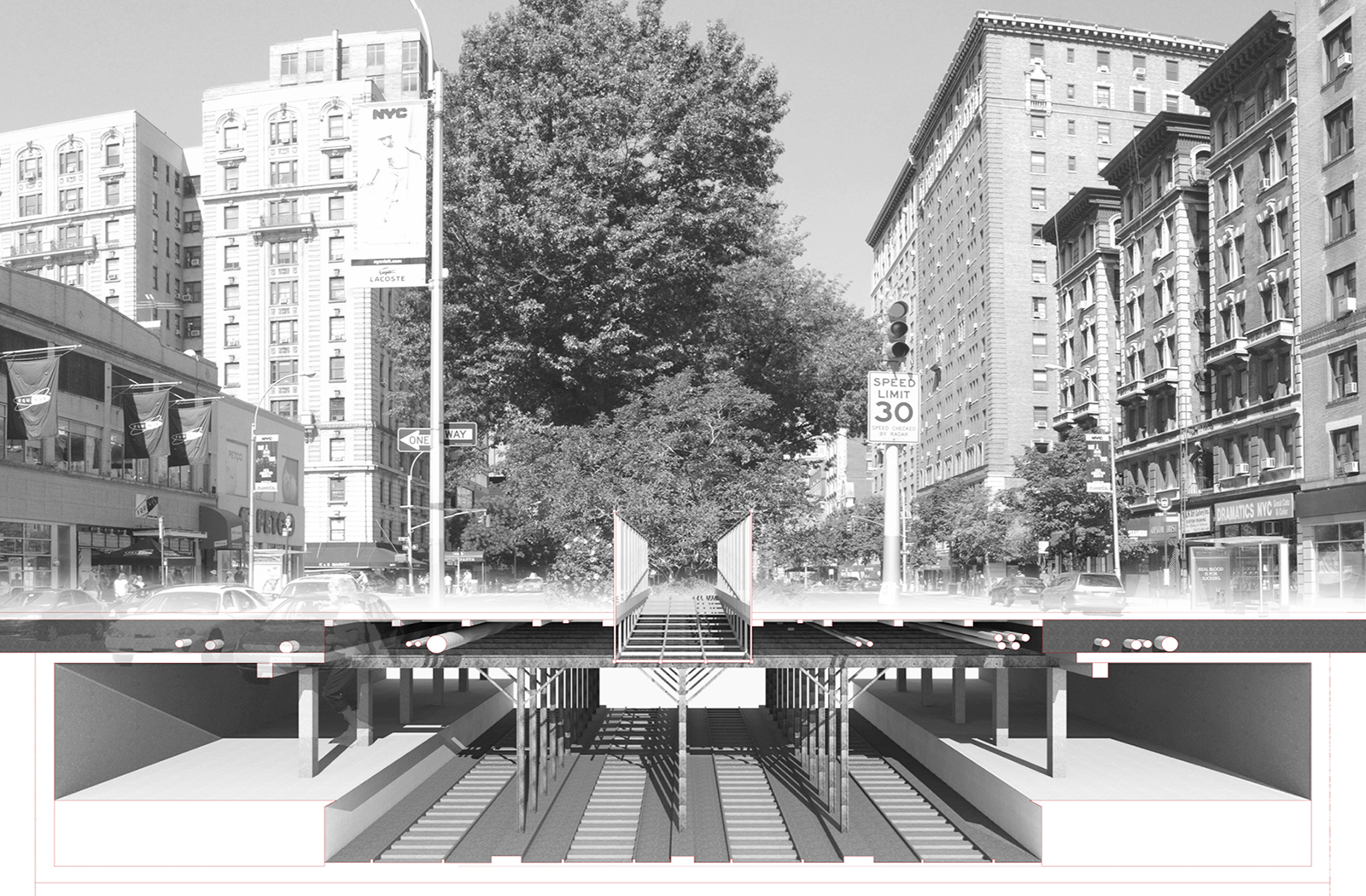 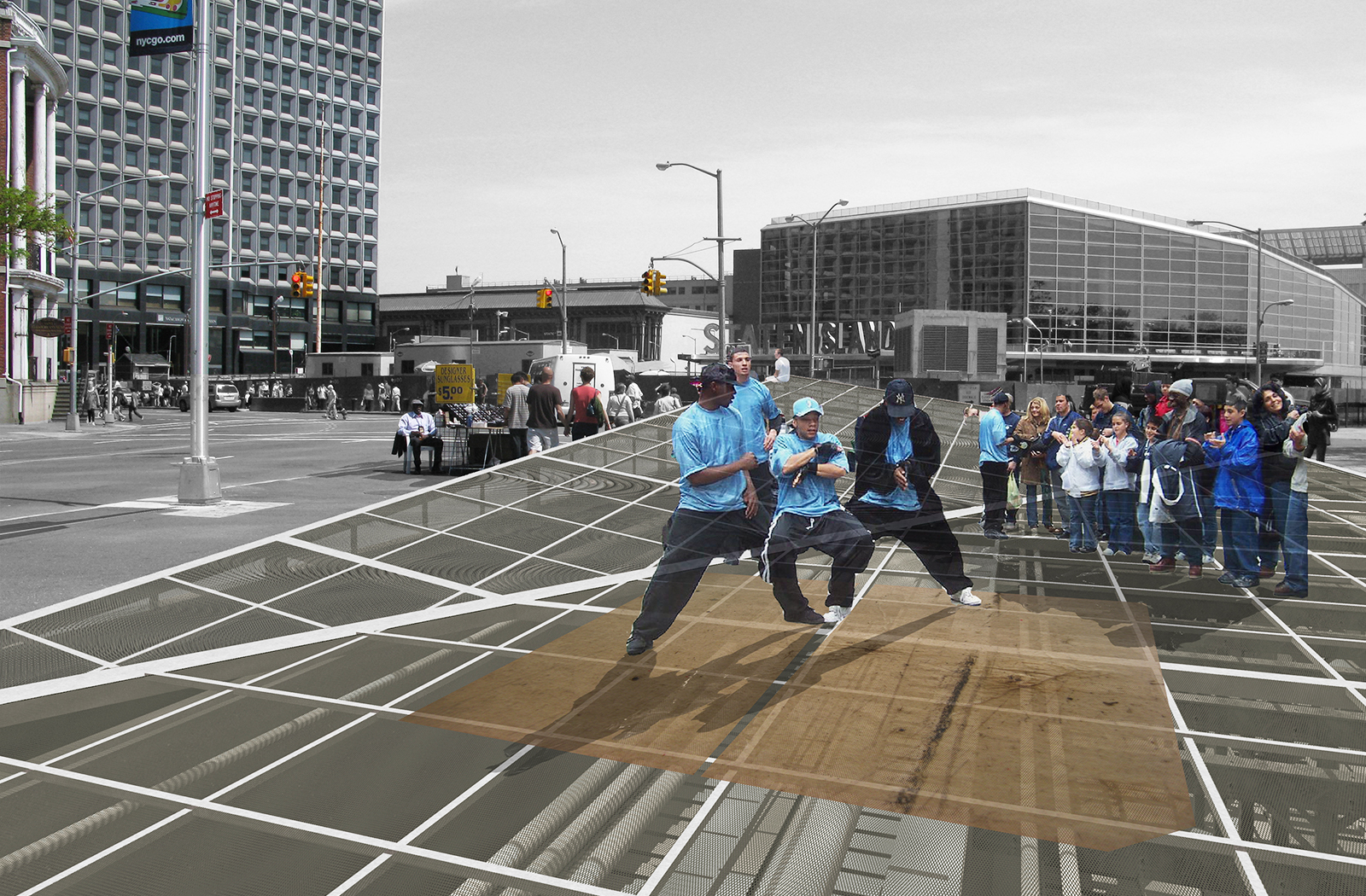